4K has been the buzzword after CES 2014. Many professional camera shoots QFHD video(3840 x 2160 pixels or 4096 x 2160 pixels), such as new Panasonic Lumix GH 4K. 4K video can be recorded as MTS, MXF, MOV, MP4, etc. As we know, MTS/M2TS footage is not supported well by Sony Vegas. This article is mainly to share an idea about how to effectively convert 4K M2TS to AVI HD for Vegas Pro without rendering.
Actually, Vegas can render M2TS to AVI HD or WMV HD. However, the long rendering time will make you crazy when you have a large file. And sometimes choppy rendering from M2TS to AVI, MOV, or WMV will be very annoying. Once I even I couldn’t render a 3-second .m2ts file without the resultant file being choppy or having green screen flashes. That’s why I vote for Aunsoft Video Converter, an effective and efficient 4K MTS/M2TS to Sony Vegas Converter. The program allow user load entire folder so that you have no necessary to add M2TS file one by one. Without rendering time, the program can utilize all cores to achieve 6X faster conversion speed. Thanks to the advanced video/audio encoding technology, the output format will be with high quality. You can play them flawlessly without choppy. To support for 4K MTS files, The Video Converter also features transcode 4K M2TS to FCP, Adobe Premiere, iMovie, FCE, QuickTime for viewing and playing. More than 50 output formats makes it is easy to convert 4K MTS/M2TS to MPEG-4, MP4, MPEG, FLV, MKV, WMV, etc for different Media Players. A highlight is that the program supports import different video formats simultaneously. I have tried to batch convert 4k MXF and 4K M2TS to HD AVI at one time, it works!Below are simple 4 steps to transcode 4K M2TS to AVI HD for Sony Vegas Pro without renderingStep1. Import Click "add video" or "add folder" to load 4K M2TS video. You can also directly drag files to the program. The program supports batch conversion and allows you capture images. 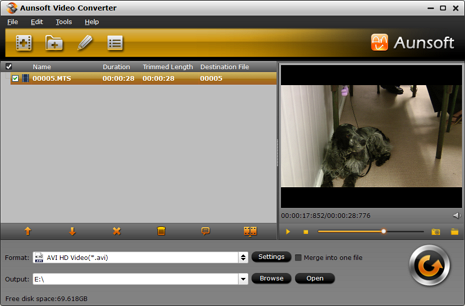 Step2. Choose output format.Click "Format" drop-down list to locate all the profile; choose the "HD Video -> AVI HD Video(*.avi) ". You can also choose video with profile optimized for Vegas, such as MPEG-2, WMV and MPE-2. 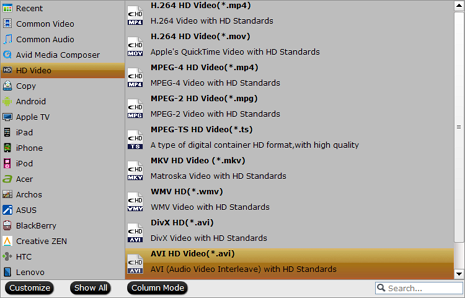