"I have Canon FX105 .MXF files (1920x1080) but failed to import directly into Premiere Pro CS 6. The MXF files originally should work fine in CS6, but I don't know what happened. So I'm considering to converting MXF to a format best work in CS6. Is there any suggestions?" It is form a forum about using MXF in Premiere Pro CS 6. Here is the best answer I've seen. "If you want to transcode the footage to something intermediate I would recommend DNxHD (if on a PC) or ProRes (if you're on a Mac). Those two codecs are good mezzanine codecs that handle recompression well and standup well in other areas of post-production (color grading, graphics, compositing, etc.)." Knowing that, what software is the best choice to deal with the format problem? How to wrap Canon FX105 MXF for editing in Premiere Pro CS6? The answer is Aunsoft TransMXF- expert for dealing with MXF problems. Aunsoft TransMXF is an ideal MXF converter tool developed for camcorder users, especially for those who have a professional Panasonic P2 camcorder, Canon XF camcorder, Sony XDCAM or any other camcorders that shoot videos in MXF format. It has both Windows and Mac Version. To wrap MXF to DNxHD 1080p MOV, Aunsoft TransMXF for PC is the best choice. To transcode MXF to Apple ProRes, Aunsoft TransMXF for Mac offers special formats ProRes 422 MOV for editing MXF videos. For both Windows version and Mac version of Aunsoft TransMXF, the operation is quite simple and easy to learn for new users. Compared to other MXF converters, the time Aunsoft TransMXF need for converting is much less because TransMXF utilize all cores to speed up encoding process.Screenshot for Aunsoft TransMXF for Windows 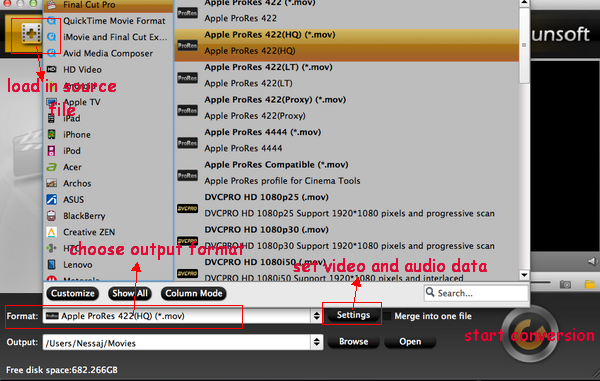 Aunsoft TransMXF is a necessary camcorder converter and a helpful video tool that helps you convert MXF to other common video formats and makes it possible for you to edit MXF files in different editing tools with time-saving conversion.