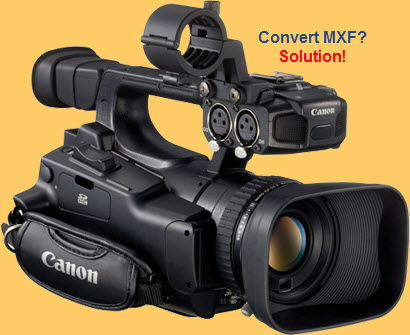 Nowadays, MXF files are more and more popular because Panasonic P2 camcorders, Canon XF camcorders and Sony XDCAM camcorders etc. are favored by quite a few of users including both professional and amateurish photographers. However, there are some compatibility puzzles with MXF format. Aunsoft TransMXF for Mac, a great tool to transfer MXF files to various compatible formats suitable to popular media devices like iPad, iPod nano, iPhone 4, etc. or to editing systems like iMovie, Final Cut Pro, Adobe Premiere Pro, etc., which make it a super helper of camcorders. 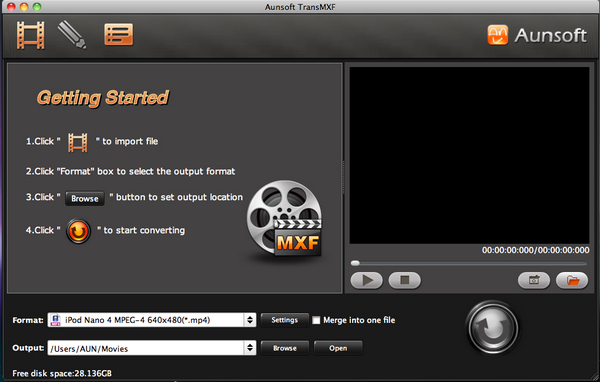 1. Helper to convert MXF files to appropriate formats efficientlyHope to convert Canon MXF files for further editing in FCP? Try to transcode MXF materials from Panasonic P2 card to AVI file with good quality? Hurry to get a solution to share some interesting MXF videos on YouTube? Aunsoft TransMXF for Mac Convert MXF files with audio and video in sync perfectly, supporting any MXF files from various camcorder versions, make these problems no longer puzzles to get into trouble.With clear interface and easy operation of TransMXF for Mac, users get appropriate formats, such as MOV, MP4, AVI, WMV, FLV, MPEG without quality losses to common media players, popular portable devices and editing systems at high conversion speed. Besides, batch conversion is really a considerate feature to set users free from adding files one by one.Converting MXF to any formats with high quality, this point is what many users most appreciate. 2. Helper to edit and touch-up MXF footageSome uses prefer to optimizing videos before converting MXF files to YouTube, MySpace, and Daliymotion, etc. Some uses need to trip, crop a video or add effect on a video.For more than a Mac MXF conversion program, TransMXF for Mac provides some simple video editing functions. For instant, it enable uses touch up and personalize MXF video instantly to get the part and effect they want on Mac, including "Crop", "Watermark", and "Effect". Due to editing function, Users get the output files with the right format as well as the appropriate effect they want.Why choose Aunsoft TransMXF for Mac? The definite answer is that users' trouble to edit or play MXF recordings because of compatibility issues are over. Therefore, TransMXF for Mac is an ideal tool to convert MXF files. It can serve as a super helper of camcorders users in digital life.Now, the most anticipated Aunsoft TransMXF Pro for Mac is released, with its powerful new highlights to preserve multiple audio tracks in MXF files and to mix multi-audio tracks into mono track, setting users free from puzzle of preserving multi-audio tracks in MXF.